When I decided to stop aging....

It's a well-known fact that learning by doing is the best way to learn.
It's also known that stress kills and it's the main catalyst for all disease.
(Oh, you didn't know that?  Now ya do)


So my multicultural education was dumped at Rockcliffe due to "they can't see my work so it didn't happen" OR after accusing me of racism due to their extreme TX bigotries.
"My ex is Black and knows ALL ABOUT people like YOU!"
rly?

I'm also a snob for knowing the difference between a Crock Pot and my Japanese rice cooker.

My favorite props, the Dwarfins closed down, so I spent the past few days backing up my inventory for sale.  Those pics are on another network. 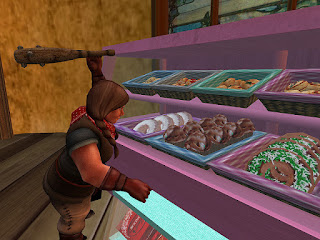 but they only live in Second Life and most of us have left by now.
They come out to the hyper-grids, and we usually send them back.

My DSL line has been mostly unstable since October, but they finally fixed it.
ish

By that time, HMS Pinafore had me busy and Prince was doing his anti-tour-tour.
I'd seen the band straggling back to the networks, and it was difficult keeping up.

as I was looking for old work and pictures, I was shocked to find this from
EA Games (known to troll the network communities to create new games of our RP)
and I had others look it over.  Rather familiar vernacular....granted, I do sound like the nerds coming up, having been princing my work for this since forever.

Wadjet eye's Blackwell series was one thing.  I remember when Steam came up, but it wasn't something I had the bandwidth to pursue since it's not the interaction I needed for an art therapy campus like Xanady, which is rather the same meaning as Arcadia, depending on your choice of lore.
Anyway, I just
love my folks.... and we've been "weird" a mighty long time. 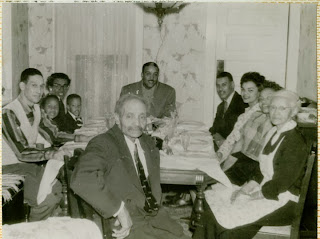 but come now....rly?
I wasn't even invited BACK to EA Games.  I remember suggesting they join with Ikea, but they did that wrong too.

Oh, so it was always a no-win situation, huh?
CHEATERS suck

The world lost.
You literally bought the lies he sold you, based on
the BS that President Obama failed.
He is NOT the "Obama Administration"
I don't know you, but I'm pretty sure I don't wannabe you.
You certainly couldn't handle being me.
You seem to be all about what's all about you.
deal with the disinterest that is all this crap when it's clear the greater good was not in the interest of Congress, the Superdelagates
Every time I START to see something familiar in my own mirror
...some jacka$$ goes changing the rules of some arbitrary limiter.
The architects of the metaverse built the net
and bots and sheeple are sucking up our bandwidth.
WE need more cowbell, not excuses why the isms and ists can't get their labels on straight.
I'm sure you got many seemingly 'good' reasons for whining like a little brat with a scraped knee, but deal with the world power we USED to be and watch your market value take another dive for belittling IT.
"Mon Dieu et Mon Droit"
"NEMO me impune lacessit"
Live by the marketing BS,
Die like a miserable creeper WtP ALL saw looming behind Hillary Clinton.
Y
If you don't know a spiritual attack when you see one,
I don't know what to tell ya.
But I'm pretty sure I've exceeded my rant on why
YOU might do some statistics on how many Y2K contractors were sent to sites with ACTIVE EEoC violations before they needed an IQ boost and their mess cleaned up.
Oddly, that didn’t occur to me when accepting jobs since…..idk….birth?
I was Daddy’s lab rat after all.
I have to rewind my entire life of bad  marketing, product displacement, lost leaders, hucksters
…..who roofied whom first?
Well, I’m fi’n ta say somethin’ unlady-like

So, you’re gainfully employed on a quickie engineering/network engineering cert?
Chances are the guy you scabbed it from wasn't done with his/HER job yet.
Gee, how many “Admiral Porter KCB” uniforms were at Daddy’s funeral?
Well, kiss my grits AND my bloodlines, Twilighters.
The Sleeper hasn’t had a good Knight’s sleep since Daddy and Cousin George
argued Astroturf vs buffalo-wallerin’ before I was even born.
I chose Daddy's Queen!
And my daughter CHOSE ME!
Occham’s razor = follow the money and is it proper to brag about
How many charities you support when your own fam is fighting for survival
….selling the last piece of house there was in the family because of the BS “Move you Lose” excuse?
Oh yah,,, roll back that beautiful bean footage where Grandma lets you keep your head after calling out her uh, “frailties”.
We weren’t “white” yet when we were dying on that bloviated egotrip called the “Titanic”, either.
Wow, your god is weak…and forgetful.
Daddy was King of his lab, and Mini-me got more information from me than you can gaslight our of her……so….she’s probably up to Kav Mg-ah ? by now.
So, yes… I remember a story about an Umbrella….

Posted by Muzebl at 6:54 AM No comments:

The Polls Tighten with Six Days Left: A Closer Look

Little jerks kept telling me to go back to where I came from ...
I'm like, I was BORN in Levittown, who the frack are YOU?

Posted by Muzebl at 1:04 AM No comments:

At 8:42 I had to pause for #GamerGate wiki validation break. I nearly... nevermind blink roflmao! For me it was a coyote in a snowstorm I think it's holding a grudge Wow, this is SO off my blog! I had to delete a ramble!﻿
anyway.. #selfcare = singing HMS Pinafore...
FTW for now
Posted by Muzebl at 8:09 PM No comments:

President Obama Reflects on His Historic Visit in Laos