Posted by Muzebl at 6:22 PM No comments:

This made me study harder to AVOID those people.  sigh...
now they wanna date me..  or call me mommy cuz their moms were bz, bored or derp or ....  I'm so done giving a crap about walking paychecks on the corporate plantation on scabbed jobs
from a previous layoff of actual engineers or whatever other careers when bubbles burst and
nobody knows your name.
in places that hate no matter what

We were talking about Daria.....
I was hoping to see Adult Swim when I'd finally settled into that
NOT NINJA MORTGAGE
I was earning nearly twice the neighborhood average BEFORE the intangible tangibles.
Thanks for hating me SO much, you flew a rebel flag over my "for sale" sign, while I was trying to recover from the encroachments going on.
Oh, and Mason... check.  I know how to inspect things, so don't ask me why the house was passed, then all that other crap happened ...  REMAX!
Where your sleazy little boys couldn't quit staring at my daughter's rear end.

IDK about the men..  they were lame.
and goldiggy
ew

But that jerk DEMANDING free rent in my house...  helped me LOSE my daughter's house so get the hell over your butthurt.
I worked hard for that and you were NOT entitled to take over with your friends, eat my food, whine about my groceries for months while my world was falling apart.
I could have rented it to some REAL people, but the realtors never showed it...after a year...
So while running out of time, leased it to someone
and the agents who didn't bother to even try, slandard me while I'd burst an appendix in Oklahoma
Oregon.....insert yourself inside yourself
I've never been so violated as when I was living in that "Oh, we're ALL slaves" prostituting so hard, you accused me of being a whore.
While I was MOURNING?!
sick fuques

and no.. I'm not in the mood to edit.
I ain't sorry...deal with the reality of the corporate plantation
Fargo is where real people go far from after hearing what they call a million$ "mansion"
is actually a Levittown Colonial.
BWAH!

and I left, but they trolled....
and who was that fugly fool writing what I said on the "Empire Builder" ?
gritting on me like that.
dag...  ugh...  and if that's your hater job
you trolled an injured single woman who wouldn't let your ugly ass in line on the WORST day.

So they wanna be "persons" online....
good luck with that.
we need Trump NO VERSION
...chimo PoS frat boy trix on babies...slimey rapist puke...

So now TMexicans are learning SOME of these afros are NOT wigs...
I was a humbolt park bartender and the Navy desk-chairs were only 35 pounds.
newtonian physics applied to a laffing marine in MY NAVY class....gets fed chairs in many various ways until the hyena finds the proper implement to cease the offensive natural human responses of what Daddy would have ..... probably figured out how to deal with the situation.
oops..  hmm
anyway, the jerk had the same name as a highway between NAS Jax and where I met Ree Ree
....Pensacola?
And I got a ticket when two guys started tracking my Snoopy (white and black) '83 Mustang GT 5.0
and it eventually cruised A1A like a Boss.
No, I didn't know those guys ...they were scaring the crap out of me
and the ticket farmer fined the crap out of me on a weekend trapping whatever.

And early safety stand-down gave a STERN, off the record warning about heading south to Miami.
Gas up before leaving and never EVER stop between Jupiter, SANFORD and other exits where
fake cops roamed and killed folks at the rest stops.

I was 22 in '87, so they were preaching to the actual choir.
Haaave you met Ted?
well, "Haaaave you met Daddy?"

And IDK what happened to Canadian boarder patrol, but I don't think AFTER you get a gig, they're supposed to question the guy on a NAFTA category for "Systems Analyst".
FFS, I've been analyzing everything since BEFORE I was born because
Big George helped the folks unpack after he walked off the '64 Skins field
and got picked up by the Bears.
I missed most of the news today...
Periscope is showing some mess in Sacremento.
Who the hell put Kentucky on the WEST coast?
Rebel flags...  These weren't even states then.

Posted by Muzebl at 2:40 AM No comments:

Ahhh, the blackness scale of acceptability.
Ahh those good ol' 3rd grade sensibilities.
My motivation ended at killing things or being used as a weapon of mass distraction.
Make it fly or blow up,
add derp and survive....was kind of a Levittown thing.

Among the long list of my favorite kind of people...
The crew of SKYLAB!
The lab rats were 200% JUSTIFIED in their mini-mutiny.
(rewinding my academic resume from preschool = *snortle*)
and tickling is CHEATING when your passion was making doves laugh their way through controversies, hypocrisies and other stupid human tricks.

We were born woke, but dreams are something we can't have without REM!

But really this is just rude. How ya gonna define "Blackwell" and give her SECOND billing!

My best hair day in 1979 or so, while NOT attending the amazing "Key School" of Annapolis, no thanks to certain baby boomer Big Brother and I were walking around Campus. My first time around DC without the parental units. I'd gotten kicked out and this time I left farther than normal.

My brother gave me the "big boy pants" tour. When he was with the Howard's home coming queen. He and I were strolling on a day THAT breezy and fine....but my new perm had me fighting my hair all over my face. I got my eye-candy, but was surprised anyone really paying attention to me.

The neo-blackification of me began about the time the n-bombs were being the thrown around me on the bus,
with the "no offense" non-apologies.
He was telling me about fraternities and GQ and Change were playing.
At the Wiz, he was ever so proud of me.
When Lena descended, with alla that and then some,
A man yelled, "Who dat WHITE woman?"
I let out a 'good grief' of a thousand teachers...
"That's no white woman, that's LENA HORNE, dumbass!"
and nobody heard the rest of the song.

Posted by Muzebl at 1:29 PM No comments: 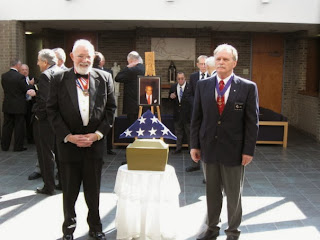 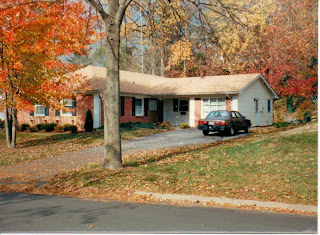 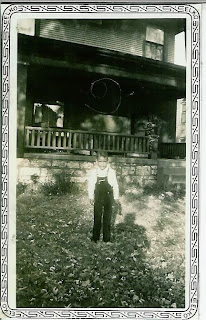