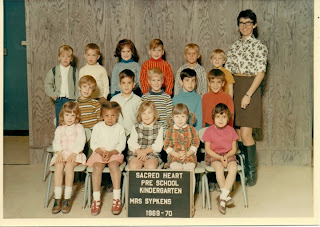 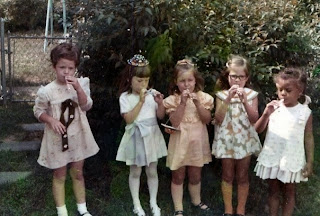 They saw this, lost their minds and ask me, "Who do YOU think you Are"?

Well?  I don't know who I am, but I KNEW who my NEIGHBORS were...
They were those who loved me back...  others were friends I'd hadn't met yet, and the others must be those asshole, "white people" people kept going on and on and on and on and on ....  I met them around age 12... telling me to go back to places I've never been to, but would LOVE to see someday.


This was one of those rare times I was permitted to be 'heard' and not just seen....
I think I lost my notes on how hippies would see us playing together, smile and flash us a peace sign.
I LOVED that!  We'd return the salute, say.... "groooovieeeee" and giggle our little butts off.
When we got down to it...and old enough to use our words, we realized, we ALL loved
Micheal and Donny and Keith and (Danny was supposed to be a tool), Freddie *bawls*,  and EVERYBODY, everybody...yes, EVERYBODY wished they could just run around the corner like one of the kids and ask if Janet could come out to play.  ... the baby boomers had dibs on all the big ones, but we thought....wow, wouldn't it be loverly to just curl up with one of the big Jackson brothers?  Then came Randy and jumped started puberty.  ... which to us amounted to tackling him in a football game...and kissing him on the cheek.
When I say, "everybody"... I mean those I opened up to that far.  ...usually during Barbies... or something.

When it came to big events like Confirmation or Bar/ Batmitzvah s, it was complicated.  And I really didn't like that.

I don't know where our neighbors came from, but it was annoying as hell to see my stepmonster do Yiddish like Whoopie...
Of the things I rant about...  people should have told me that calling it a tuchos 'outted' me in some weird way....
When I moved into DC...my brother told me not to talk a lot.  I had that down ....mostly....at Bowie High.  I had a lot to learn and it's hard to learn with your mouth open.

The smoke break bathroom with CC was a hangout down the hall from the Office, (go figure).
I loved listening to them go on and on ... my first immersion...up until then, I was black-curious,
....which pisses me off, more than I can say.
One morning when I was stressed out to the point of a scene from Heathers,
One of the girls pulled out a little twist of heaven...
Up until then, I hadn't said a whole lot.  I was hoping to learn how to bring out the beauty I saw in them...and that spirit.  But I WAS from Levittown and aws no stranger to why I wasn't interested in alcohol.
"Ahh...  would you mind, very much?"
And she burst out laughing!  WHAT?  YOU??
I said...  you know I live here, right?  Well, where do you think that came from?
And I told her how much fun it was watching the varsity types puke all over themselves...

Yeah...not so much.
And I was under some pressures these kids would have smacked me down for, so I didn't bother ...
The less I said, the more they understood.


One day at gym, Zonker wasn't there to play tennis with me.  He was telling me the truth about Europe...from an Army brat perspective.  It was truly enlightening...and prompted the question to our French teacher....  "Hey Mr. LeBlanc?  Where do they put all the Black people when they shoot these movies? Or weren't they there in the 50s??"   He was kewl about it...whatever the answer was.