But Hogwarts can't help a new player setup a page without being COMPLETE ASSHOLES?!
wow

I said they were being ABUSIVE, not RACIST...because they could NOT explain how to get a new player started who happens to have REAL SCOTTISH ANCESTRY!

Cheating nerds deleted the conversation, but all I needed them to do was help me setup my real world BACKGROUND information BEFORE role playing.   I think one of them even said they'd been in OPENSIM where we have Hogwarts themed regions, or used to.

They were having a very interesting conversation about REAL issues involving childhood grief, orphans, etc...  but
REFUSED to help ME set up and get started.

They have a FAKE "House of BLACKWELL" family tree borking up my BOOLEAN with....but REAL legacies who built the grids can't join in?

I'd looked at other pages focused on real Scottish history which I've been trying to put together for DECADES.

When I showed the character I wanted to play, IMMEDIATELY responded with ..  I don't give a MONKEY'S....blah blah blah..
Then deleted the entire conversation and blocked me.  I've never seen WORSE mods or customer support.   THAT's why real girls won't play with you guys!  And that's why you guys SUCK to work with IRL.  You can't separate your role playing from the REAL WORLD. 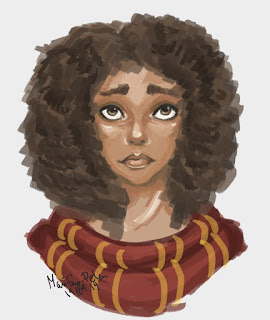 When I shared this picture and said I wanted to play her, THEY IMMEDIATELY shot back a "monkey" remark that they didn't care WHO I WAS.  Those were just facts, I wasn't bragging.

Seriously, the ego was off the charts.
pathetic

They were talking about "Arcadians".......smdh...  That's how they treat a real one?
Gamifying Education is all we did after coming to help cure The actual PLAGUE!
But some people won't be educated.