They think they killed off the entire Class of '83?
I'm no liberal, but it's gonna take a buttload of liberal remedies and the middle is going to get skipped over AGAIN!  The slavers formula of educating only the rich and the poor and done more damage than they WANT to know!
TOO BAD!  Suck it up.
They didn't pay the "light bill", after blowing our legacies and the charges are past DUE!  They're dancing the able back to the corporate plantation to start the exploitation all over again and demanding babies so they can do the same to THEM?
NO!  DISBAND, and take that slave mentality with you.
Build a new STEM party led by Neil DeGrasse Tyson - Bamacrats!
And being called a "bama" was fightin' words in my day, but wingnuts wanna go, we'll battle!  They haven't noticed we've been fighting them for 30 years, they're dim lights finally came on and why aren't we filing a class action EEOC complaint against them?
We WILL have more BRAINPOWER in government. They're too ignorant to avoid it...like clockwork. Its OVER.
Monopolize the infinite has always been a loser!
It makes no sense to continue down a bad road filled with roadblocks to the Road Less Traveled.

This is NOT the Kobayashi Maru! Greed is killing this country, mind, body and SPIRIT!
Too many states have no vision or the slightest bit of remorse for their role in the mess they made,  and with the very poison the Constitution was built to avoid.  Even they knew slavery would end, twas left that for when it was time.
Well?
It's TIME!

Bail US out this time!  Bush skipped out on the bill, like good GOP deadbeat, and can curse their shortsightedness on their OWN dime! They've got plenty.  That came to about 40K per US citizen!
We can't be expected to go flocking back to the crap they offer, and we're not sending our kids.  The stress of it is KILLING us, so get LOST! 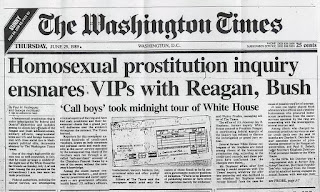