I still get goosebumps from when I think of how I laughed with my folks who were teaching me how to sing around the drum.
It was so healing for me back in the day, and it still moves me now.....
much love for my folks in this little song I learned.
Dad was Navy, Airforce and coded for NSA after he served on Guam and Shimyao.
As a Black/NDN with an "Apache Nose", we knew our native heritage, but not the times who was where and when.
I'm learning now that our "Grants" were with the Osage AFTER Cutthroat Gap massacre, so we were part of the solution, not the problem and I'm happy to keep the legacy alive with technologies giving us back what was lost.
It seems our folks named "Lee" were probably Choktaw.
and IRISH/Scotts who sailed with "The Sparrow" in 1635 to Barbados.
The universal truth is, "You gotta pay your dues before you sing the blues".
I came with my own things, but the people were not ready back in '04, when I met the Horse family in Cherokee, NC.  I was looking for my Mother's folks, Keetowah, not "Kiowa" and in the confusion, I was noticing the town in my father's name, Blackwell, OK.
So yeah, we got rooked together ...and it seems the French have some tall 'splainin' to do, but now we know and can heal what we can with what we got.
I was never afraid of Cutthroat Gap.
When I couldn't have a real horse, I fixed my steel one up pretty good....I got "Haws" and hand gestures from my new brothers when I rode past, but when I wondered what our grandmothers and grandfathers thought of those wind tunnels, Frankie G, knows what I saw.
And he taught me what to do when owls stand there staring at you like that.
They are looking at you like an idjit until you get a clue and GO AWAY.
He didn't like me, but he gave me a LOT of power with some very hard lessons I couldn't learn without seeing it live and in person.....and I got stuck for about 5 years worried SICK about who I was, how this could be happening to people I cared deeply for and didn't know why.
As it was all rock n roll to me anyway, I had no idea what Guns and Roses were up to when I met Billie Marie Hudson who wrote a book telling the story of our trip out west from Ohio.
an-ordinary-amazing-woman-mary-rickman.html 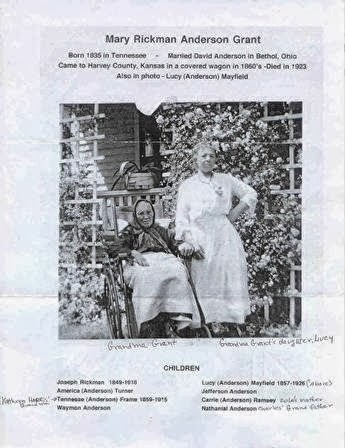 Shoot, after protesting in favor of Metallica playing near NAS JAX,
I had no reason to protest the names of the badassed helos named "Kiowa, Comanche and Apache".
But I wore the wrong kilts growing up, while wondering why my AUNT named "Iron-moccasin" had a shaved head!  I was a furious about that, so I was mad as hell at that movie theater in Anadarko.  I was 100% on board with AIM, and Frankie G who was guarding RUSSEL freaking MEANS in Denver before Columbine happened all over the world, apparently again for not the last time, who are we kidding!
What do those "marines" think warrior women on a mission from GOD are made of again?
Our purpose was to share the ghetto codes passed down from LONG before any ships even thought of coming here.  The fact is, you cannot love GOD while dragged to him in CHAINS of any kind.  This is where we agree...and use the tools we have on hand.  Few fear the tools they make with their own hands.  I happen to type like the wind, but my thoughts don't keep up well.  That's what music does for us....bridges those gaps and I'd never seen it done as well as an inter-tribal celebration.
Like the festivals in Washington DC.
Laughter has always been the best medicine when applied correctly.
Only a fool thinks we can't tell the difference.  We teach each other how to listen, who our families really are... how to love with compassion and wisdom...  and fun!
The mind of a child knows this and we must mother them before making men out of them all.
What I saw was a beautiful thing, a sign of hope.
I came to NDN country singing Ulali, because that's what I knew and it touched me deeply.  I understood the other side of it....  a good student learns with her mouth shut, but if a man prefers she not speak above a whisper, he'd better listen to her when she's in a good mood!
I'm just sayin....this is not new to anyone but who won't see it.
We love our men like we love our children and offer everything we have to fight by their side...however.....let us fight fair together...when it's possible.
Being raised by a nerd like dad with his analytical skills, I'm a scout and a troubleshooter...  that's some easy math right there!
"What's wrong with this picture?"
..........ahhhh
"What can I do about it?"
and make a long list
"What do I got to work with?"
"Dieu et mon DRIOT!"
"God and my RIGHT!"
(but watch out for my left hook!)

the motto on the flag we sailed under
on the 1635 True Love, The Expedition "Master Blackwell", The

where I was stationed, there were things we found a common place of understanding in music BEFORE and during 1984
....while deciphering the History Channel for me.

And I'm still stuck in how frustrating this is.
My cousin in Canada didn't know Grandma Zola Ramsey, but she was a prison guard and told me a bit about it.  Since I'm not a criminal, yet..  How about an exchange.  If Barack Obama﻿ sends Leonard home to tell his stories to his folks, I'll take his place when I get evicted for being 100% disabled for multiple stress-related, chronic pain disorders.
I didn't join the Navy for the snazzy health plan, to avoid poverty, or prison, or to be a criminal....or be slaved into suffering my way into Heaven.  That's for oppressors people to learn from, not the oppressed.  That colonialism, not God's way.  That's not how I was taught with LOTS of stories from other perspectives.
I can tell stories I've learned, but still need more to grow on,
for my folks, their kids....and of course, my own daughter,
who lost another Grandfather when I was still writing my biological father's eulogy.
I didn't grow up believing The Lone Ranger and Tonto fist-faught in Heaven, I knew it for a FACT!
I had a speech impediment growing up, but I didn't slip up in the PTA debate at Buckingham Elementary School that my dad "watched" the Lone Ranger on the radio.
"He DID!" and I say it in a "Whoopie"voice and I'm not crying about Robin Williams who will not burn in hell, so forget about that old story.

I can go on and on and on in front of a captive audience, like a Mother would and teach the men how NOT to beat the drum that "feeds" them.
It would be a good idea to take me out of general population before one of these little Napolean slave sympathizers get tossed off the nearest balcony....because Glenn Beck said it was alright.
My teeth break off just like any Kiowa woman who grinds them like we do.
How mad was I when Rick Berg and that guy from Oklahoma ripped up job-creating stimulus checks that could have build a refinery and fixed the NDN roads?
Pretty darned....
And yes, I understand what I don't know about that crow on Jonny Depp﻿ 's head!
I laughed, I cried, the butthurt was profound.  By my count, my NDN name is Oprah Winfrey﻿ and I have permission to snag her and Sinbad as my brother/sister.
They don't know they lost an NDN way Dad because I never gave them a gift....but I got the OK years ago when I first joked about them.
It doesn't matter what evil things do, they can't clone God and we'll get to space however we perceive it, wherever we're at.  The mind won't be oppressed and True Love will never be denied, no matter how many of us go fighting on the other side.
We don't have the math for "Frybread Power".
When I point my lips, I'm telling the Truth...  I'm from THAT far away!
But I never hit a ball on a real golf course, or off an aircraft carrier.
Don't make me get rude about John McCain's goldigger cruise-liner jokingly nicknamed "FID".
The pirate's code of ethics on the 1635 Pirate Bay was a cakewalk off a short pier compared to the last 30 years.  Bowie didn't change it's name because of the racetrack and we had folks in Prince George, BC raising Man O' War Babies."  That's all just history I'm studying....and teaching others how to do the same for their legacies.
I'm allowed to ask if Nostradamus noticed the Piggly Wiggly was open when the wild fires were running wild all over the Bible Belt.
Cuz..... no more buffalo wallers and the wheat is ankle high.
Yes, Carnegie police, a person can DIE from drinking too much water. So don't lie and get 100K from Homeland Sec after selling my kid to a deadbeat dad under the wrong name and taking her away when she had a 3.5 average without batting an eye.  And no, she wasn't gay, she was indifferent!  Her Kiowa sisters had her back, as best they could and that's why they'll always be family.  .