Elmer Radd raised our Uncle Buster, but I don't know who was in the group yet.  I think there might have been some cousins playing in the group, but let me get the links here and figure when I get back in touch with Lexington. 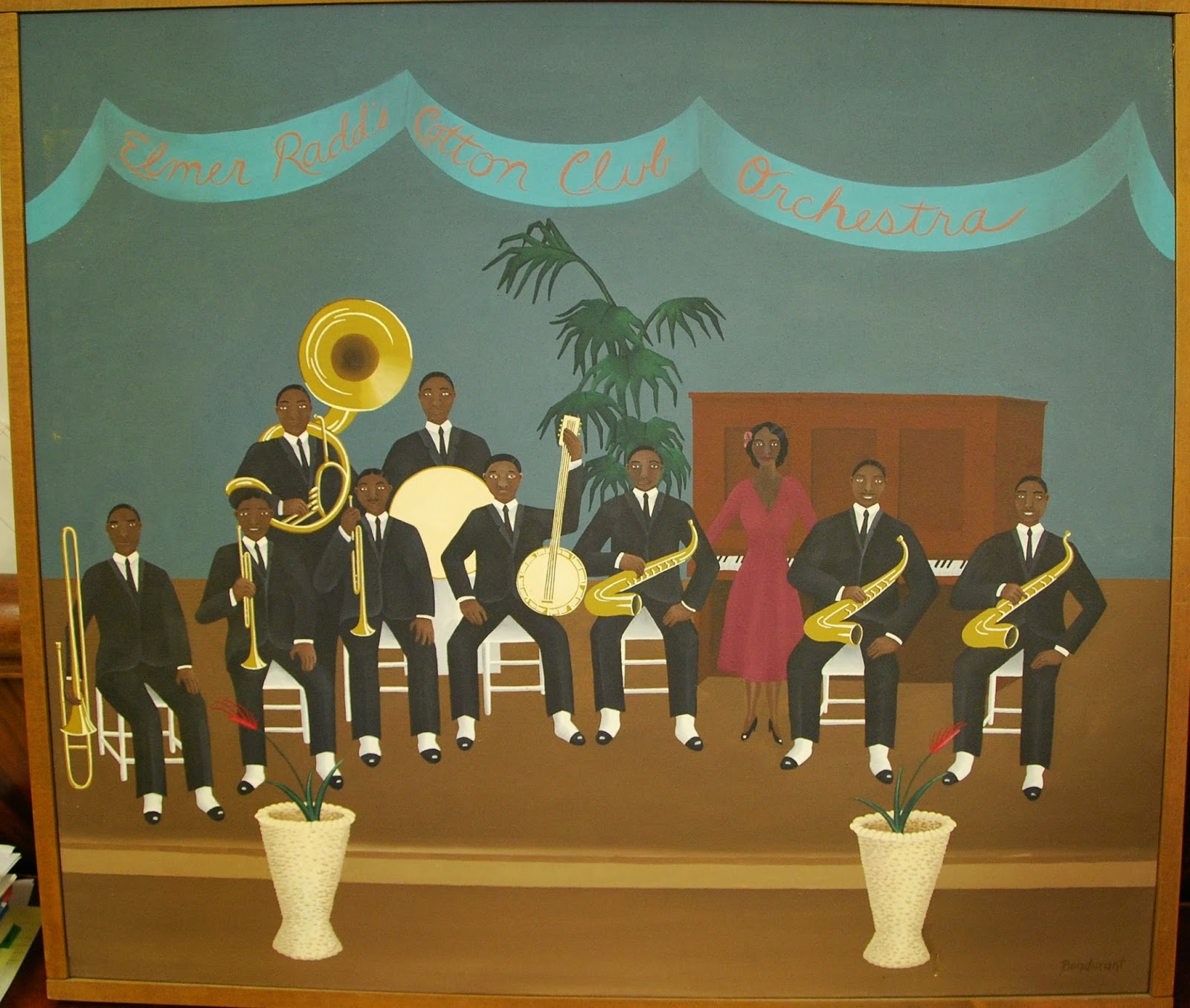 Uncle Buster was raised by the son of the band owner.
Waiting on details ..... but social networking is bringing my family together in a wonderful way.
I've seen families divided on this hair comb issue in Maryland.
We have a different legacy on the homestead and the oral traditions...sharing stories...  reconnecting....  healing old wounds and some misunderstandings.
The Seals family had each other all their lives, but I've missed them terribly since Mother passed.  She had a cousin stationed at Andrews AFB, and that's all I knew of her folks besides Grandma.
Some of them met me once on a skateboard in Higginsville.  I remembered the purple house and that road as soon as I saw it.
To my chagrin, they thought I was a boy and introduced me to a little girl who had developed a crush!
There was no evidence I was about 13 years old to my satisfaction, but I thought the perm had that bit covered!  I'd never seen a man of color with his hair permed except for the godfather of soul and Al Sharpton!  That threw me for a bit and I only remembered the grown ups, Great Aunt Nadine, Great Uncle Emanuel and maybe cousin Tootie.  I didn't meet George until I was about 20, but his voice was oddly familiar!  I guess I heard his big bear voice when Mother was expecting.  The Bears had already snagged him from the 'Skins by the time I was born.  ayyy...
Since we can't talk about it.  And he never will.  The family is left to speculate why a Black/Choctaw/Irish man would walk off a football field, during the civil rights movement in 1964 around the time he was raising a fist next to Jessie....saying "I AM, SOMEBODY"!
I'll take a guess....
The REDSKINS SUCKED and he came out to Levittown to do something useful.  He had a choice, carrying a lousy football team, or help his country assed cousins, set up the new house and goof around with his little boomer cousins.
It wasn't Dad who told the Washington Post.
We were already marked for driving while black with Dad's DoD sticker!  He wasn't talking, but George was a little hard to miss!
6'3" Teddy Bear with a big booming laugh....a lot like Dad.